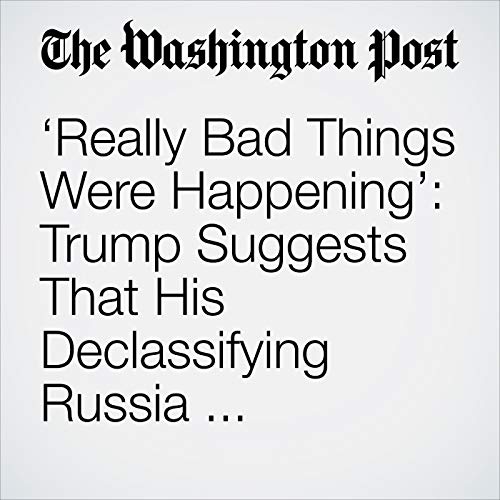 President Trump repeated a specious claim Tuesday that the FBI spied on his campaign, and suggested that his decision to declassify documents from the probe of Russian interference in the 2016 election would reveal misconduct by federal law enforcement.

"‘Really Bad Things Were Happening’: Trump Suggests That His Declassifying Russia Documents Will Expose FBI Wrongdoing" is from the September 18, 2018 National section of The Washington Post. It was written by Matt Zapotosky and Devlin Barrett and narrated by Sam Scholl.