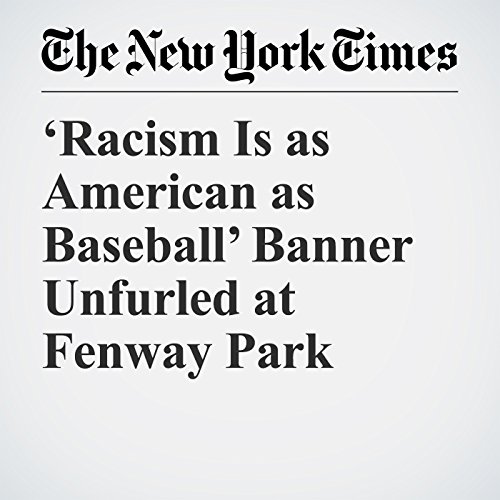 Four fans were ejected from Fenway Park after they unveiled an anti-racism banner over the Green Monster on Wednesday night.

"‘Racism Is as American as Baseball’ Banner Unfurled at Fenway Park" is from the September 14, 2017 Sports section of The New York Times. It was written by Victor Mather and narrated by Kristi Burns.