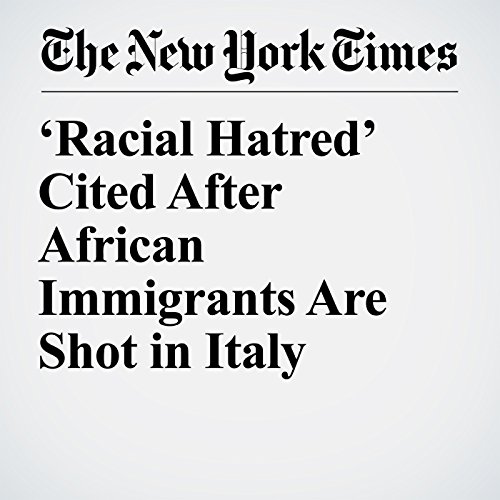 ROME — A gunman apparently targeting African immigrants from his car went on a drive-by shooting rampage in the central Italian city of Macerata on Saturday, wounding at least six people, one seriously, before he was arrested, officials said.

"‘Racial Hatred’ Cited After African Immigrants Are Shot in Italy" is from the February 03, 2018 World section of The New York Times. It was written by Elisabetta Povoledo and narrated by Keith Sellon-Wright.