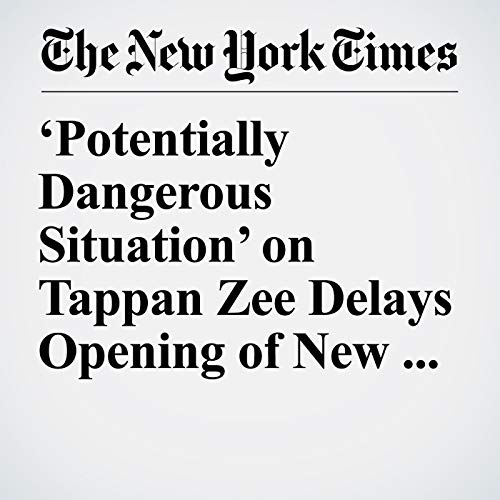 The opening of the second span of the Mario M. Cuomo Bridge in New York on Saturday was delayed after a piece of its predecessor, the old Tappan Zee Bridge, which is parallel to it, became destabilized and threatened to fall, officials said.

"‘Potentially Dangerous Situation’ on Tappan Zee Delays Opening of New Cuomo Bridge Span" is from the September 08, 2018 U.S. section of The New York Times. It was written by Mihir Zaveri and narrated by Kristi Burns.