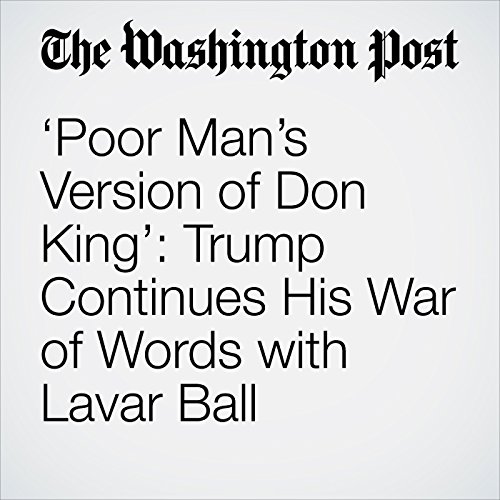 President Trump began the day before Thanksgiving on Twitter, calling out those who he claims have not, in fact, given him their proper thanks.

"‘Poor Man’s Version of Don King’: Trump Continues His War of Words with Lavar Ball" is from the November 22, 2017 Politics section of The Washington Post. It was written by J. Freedom du Lac and David Nakamura and narrated by Sam Scholl.