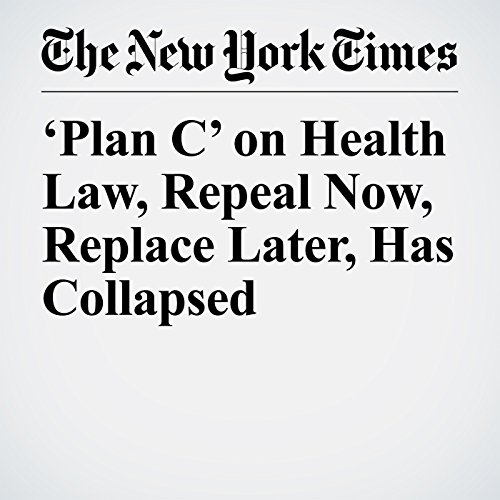 With their bill to repeal and replace the health care law in tatters, Senate leaders Tuesday pushed to vote on a different measure that would repeal major parts of President Barack Obama’s health law without a replacement — but that plan appeared also to collapse.

"‘Plan C’ on Health Law, Repeal Now, Replace Later, Has Collapsed" is from the July 18, 2017 U.S. section of The New York Times. It was written by Thomas Kaplan and narrated by Keith Sellon-Wright.