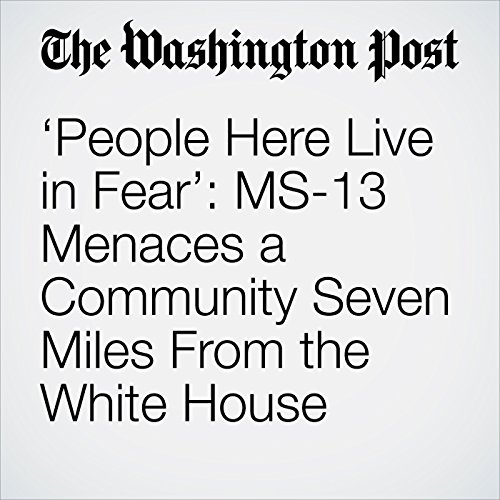 It took Abigail Bautista less than a month of living in Langley Park to learn that her new neighborhood in Maryland had its own set of laws, written not in statutes but in gang graffiti and blood.

"‘People Here Live in Fear’: MS-13 Menaces a Community Seven Miles From the White House" is from the December 20, 2017 Politics section of The Washington Post. It was written by Michael E. Miller and Dan Morse and narrated by Sam Scholl.