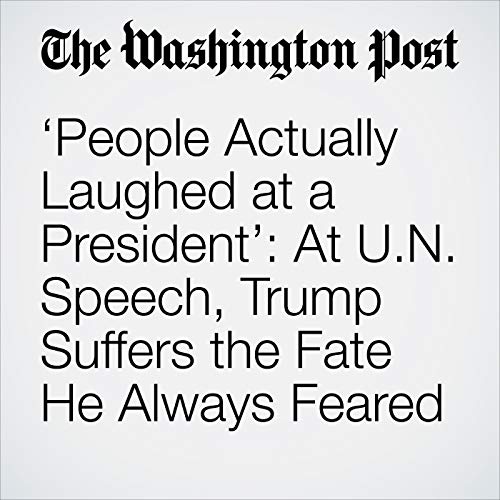 UNITED NATIONS — President Trump has long argued that the United States has been taken advantage of by other nations — a “laughing stock to the entire World,” he said on Twitter in 2014 — and his political rise was based on the premise that he had the strength and resolve to change that.

'‘People Actually Laughed at a President’: At U.N. Speech, Trump Suffers the Fate He Always Feared" is from the September 25, 2018 Politics section of The Washington Post. It was written by David Nakamura and narrated by Sam Scholl.