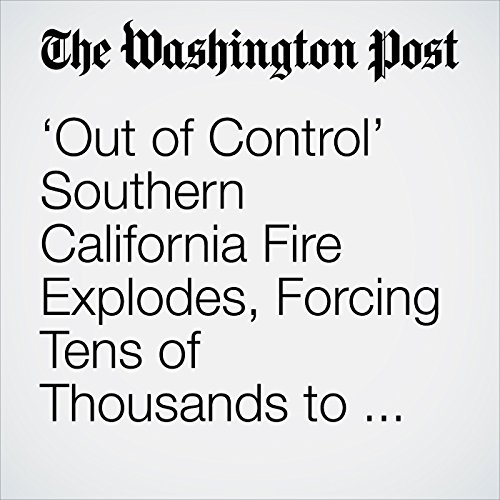 An explosive brush fire tore through Southern California with ferocious speed Tuesday, spreading from about 50 acres to an estimated 45,500 acres in a matter of hours and forcing tens of thousands of residents to flee, while another fire prompted a wave of evacuations closer to downtown Los Angeles.

"‘Out of Control’ Southern California Fire Explodes, Forcing Tens of Thousands to Flee" is from the December 05, 2017 National section of The Washington Post. It was written by Mark Berman, Travis M. Andrews and J. Freedom du Lac and narrated by Sam Scholl.