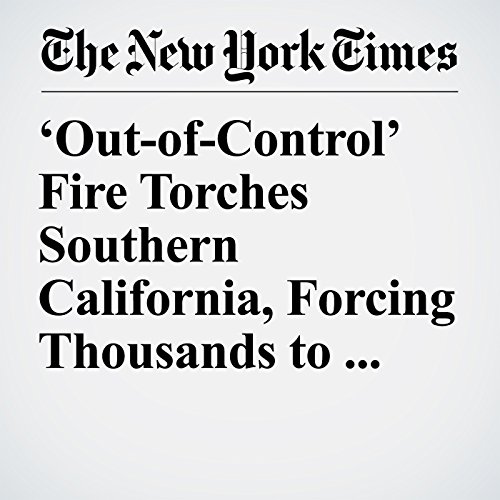 A brush fire roared into Southern California on Monday evening, spreading overnight to 31,000 acres, destroying at least 150 structures, many of them homes, and forcing tens of thousands of people to evacuate, authorities said.

"‘Out-of-Control’ Fire Torches Southern California, Forcing Thousands to Evacuate" is from the December 05, 2017 U.S. section of The New York Times. It was written by Jonah Engel Bromwich and narrated by Keith Sellon-Wright.