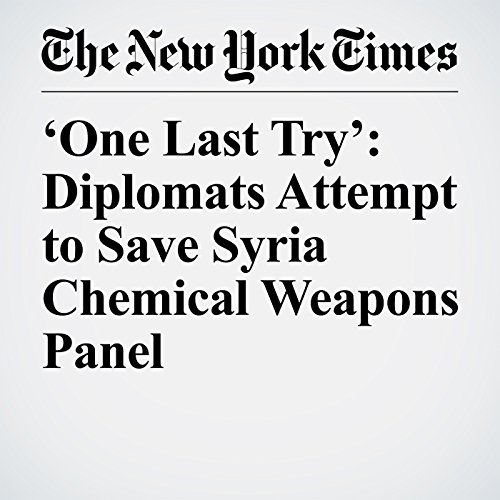 Diplomats tried to find a compromise at the United Nations Security Council on Friday to keep alive a panel investigating chemical weapons use in Syria, one day after it appeared doomed by an acrimonious faceoff between Russia and the Western powers.

"‘One Last Try’: Diplomats Attempt to Save Syria Chemical Weapons Panel" is from the November 17, 2017 World section of The New York Times. It was written by Rick Gladstone and narrated by Barbara Benjamin-Creel.