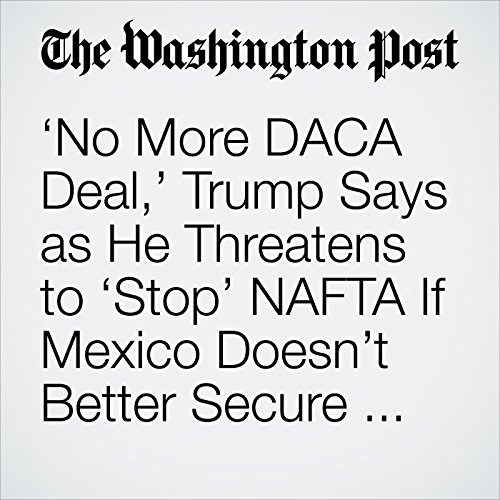 PALM BEACH, Fla. — President Trump said Sunday that there would be no deal to legalize the status of millions of “dreamers,” undocumented immigrants brought to the United States as children, and directed congressional Republicans to pass tough new anti-immigration legislation.

"‘No More DACA Deal,’ Trump Says as He Threatens to ‘Stop’ NAFTA If Mexico Doesn’t Better Secure Border" is from the April 01, 2018 Politics section of The Washington Post. It was written by Philip Rucker and narrated by Sam Scholl.