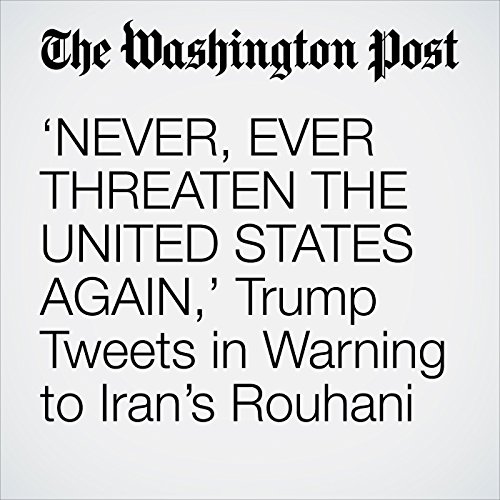 "‘NEVER, EVER THREATEN THE UNITED STATES AGAIN,’ Trump Tweets in Warning to Iran’s Rouhani" is from the July 23, 2018 National section of The Washington Post. It was written by Carol Morello and narrated by Sam Scholl.