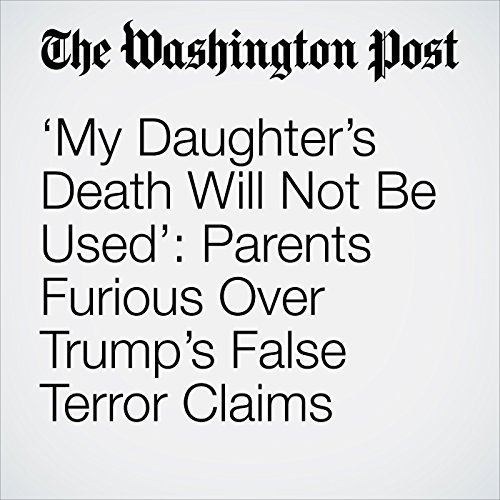 Her daughter had not yet been buried, nor had the newspapers finished turning up bloody details of her death, before Rosie Ayliffe began to write about her child's murderer.

"‘My Daughter’s Death Will Not Be Used’: Parents Furious Over Trump’s False Terror Claims" is from the February 07, 2017 National section of The Washington Post. It was written by Avi Selk and narrated by Sam Scholl.