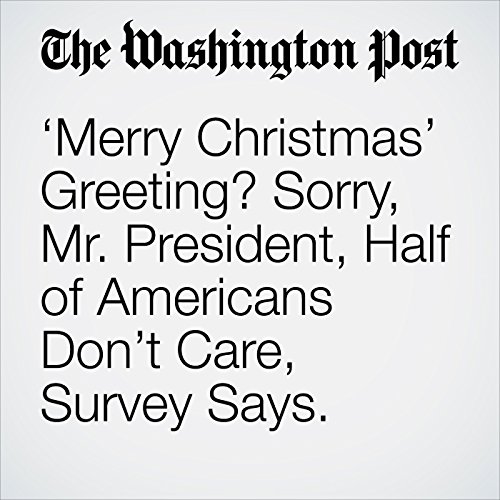 As a presidential candidate, Donald Trump complained that the greeting “Merry Christmas” had fallen out of vogue. People would be saying it again once he took office, he promised. And you’d hear the greeting more in department stores, too. He has said that repeatedly since occupying the Oval Office.

"‘Merry Christmas’ Greeting? Sorry, Mr. President, Half of Americans Don’t Care, Survey Says." is from the December 14, 2017 National section of The Washington Post. It was written by Susan Hogan and narrated by Jenny Hoops.