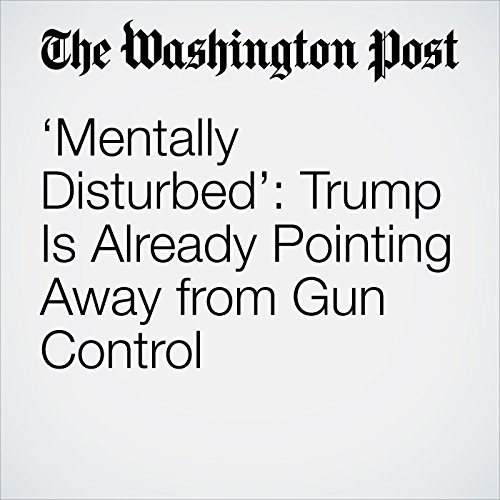 The suspected gunman in Wednesday's rampage at a South Florida high school is accused of killing at least 17 people with an AR-15 rifle that authorities say he purchased legally. But President Trump is already signaling that the deadliest school shooting since 2012 will not be an occasion to reevaluate access to such weapons, often referred to as assault rifles.

"‘Mentally Disturbed’: Trump Is Already Pointing Away from Gun Control" is from the February 15, 2018 Politics section of The Washington Post. It was written by Callum Borchers and narrated by Sam Scholl.