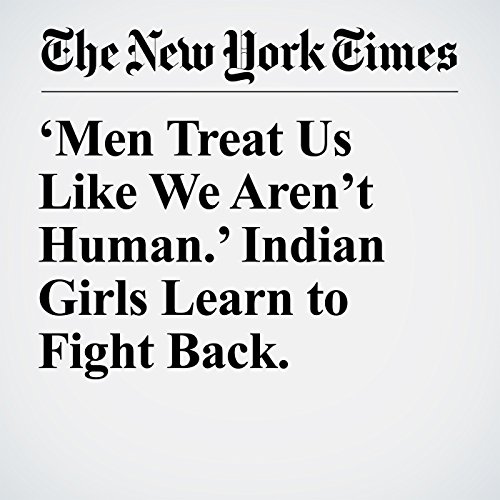 NEW DELHI — The schoolgirls ran into the auditorium, shouting, “Let’s go, let’s go,” in Hindi as they ushered one another into single-file lines. Some adjusted the big, red bows that held their braids together, part of their school uniform. Then they crouched into defensive postures, fists ready.

"‘Men Treat Us Like We Aren’t Human.’ Indian Girls Learn to Fight Back." is from the April 16, 2018 World section of The New York Times. It was written by Maria Abi Habib and narrated by Kristi Burns.