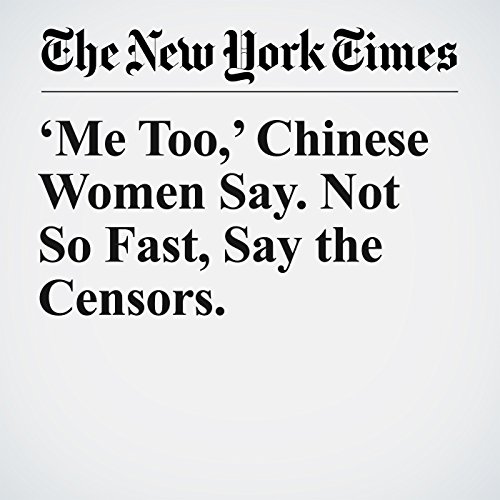 Chinese women are finding it difficult to organize a far-reaching #MeToo movement, going up against not just a male-dominated culture but also the ruling Communist Party itself.

"‘Me Too,’ Chinese Women Say. Not So Fast, Say the Censors." is from the January 24, 2018 World section of The New York Times. It was written by Javier C. Hernández and Zoe Mou and narrated by Keith Sellon-Wright.

Cosa pensano gli ascoltatori di ‘Me Too,’ Chinese Women Say. Not So Fast, Say the Censors.