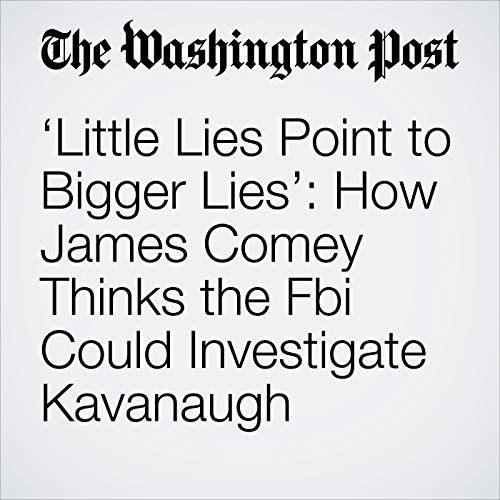 Former FBI director James B. Comey waded into the debate over the extended investigation of Supreme Court nominee Brett M. Kavanaugh on Monday, expressing confidence in the FBI’s ability to gather facts in a week’s time — but also blasting Republicans for putting a “shot clock” on the agency."

‘Little Lies Point to Bigger Lies’: How James Comey Thinks the Fbi Could Investigate Kavanaugh" is from the October 01, 2018 National section of The Washington Post. It was written by Amy B Wang and narrated by Sam Scholl.