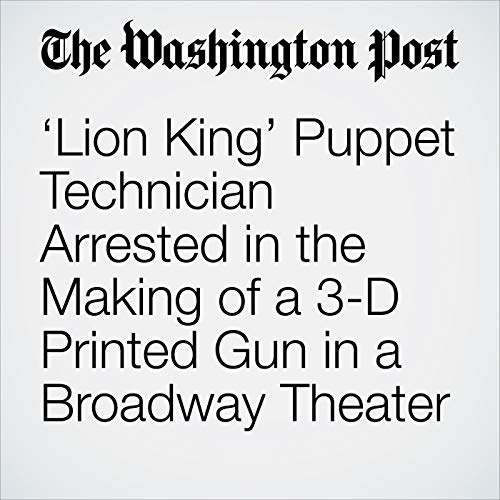 A New York City puppet technician and prop maker on the set of “The Lion King” has been arrested on accusations of working on a different kind of project behind the scenes: printing a 3-D weapon.

"‘Lion King’ Puppet Technician Arrested in the Making of a 3-D Printed Gun in a Broadway Theater" is from the September 25, 2018 National section of The Washington Post. It was written by Meagan Flynn and narrated by Sam Scholl.