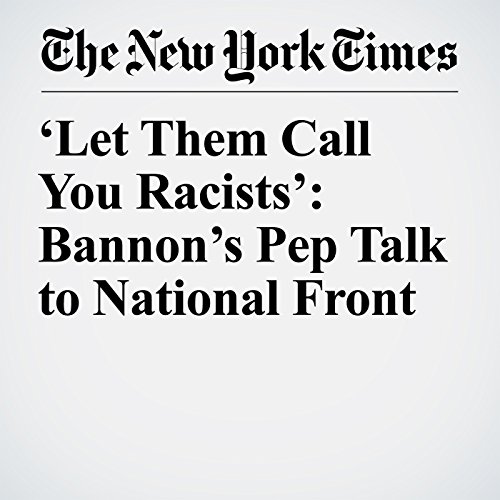 LILLE, France — Two slumping political figures met in a symbolic embrace in Lille, France, on Saturday, but it was not clear whether the encounter would lift the faltering fortunes of either Stephen K. Bannon or Marine Le Pen.

"‘Let Them Call You Racists’: Bannon’s Pep Talk to National Front" is from the March 10, 2018 World section of The New York Times. It was written by Adam Nossiter and narrated by Keith Sellon-Wright.