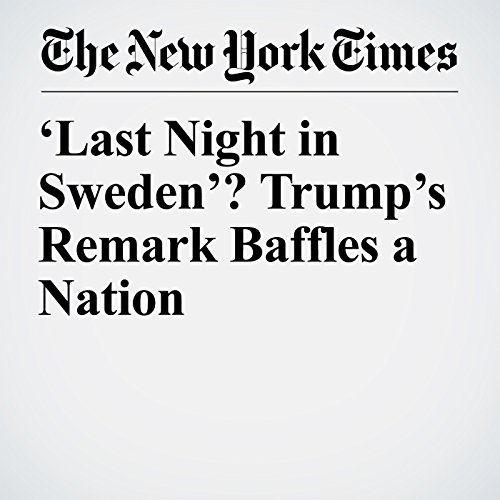 Swedes reacted with confusion, anger and ridicule Sunday to a vague remark by President Donald Trump that suggested that something terrible had occurred in their country.

"‘Last Night in Sweden’? Trump’s Remark Baffles a Nation" is from the February 19, 2017 World section of The New York Times. It was written by Sewell Chan and narrated by Kristi Burns.