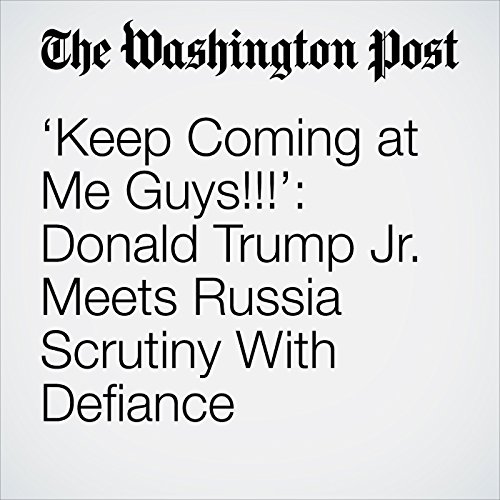 Donald Trump Jr. had just posted a batch of private mes­sages he exchanged with Wiki­Leaks during last year’s campaign, confirming reports that he communicated with the website that published stolen Democratic emails obtained by Russian military intelligence.

"‘Keep Coming at Me Guys!!!’: Donald Trump Jr. Meets Russia Scrutiny With Defiance" is from the November 23, 2017 Politics section of The Washington Post. It was written by Drew Harwell and narrated by Jenny Hoops.