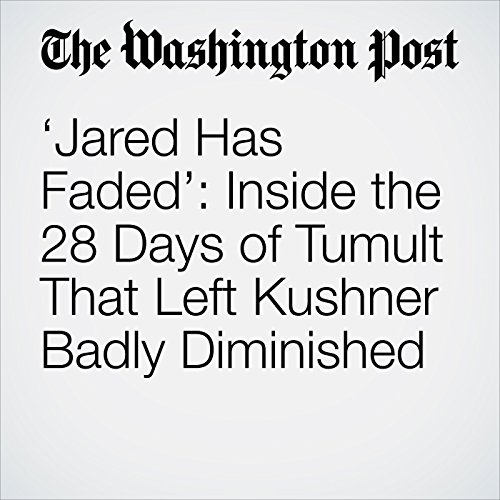 They were the ascendant young couples of the Trump White House: Jared Kushner and Ivanka Trump, and Rob Porter and Hope Hicks. They enjoyed rarefied access to the president and special privileges in the West Wing. Glamorous and well-connected, they had an air of power and invincibility. They even double-dated once.

"‘Jared Has Faded’: Inside the 28 Days of Tumult That Left Kushner Badly Diminished" is from the March 02, 2018 Politics section of The Washington Post. It was written by Philip Rucker, Ashley Parker and Josh Dawsey and narrated by Jenny Hoops.