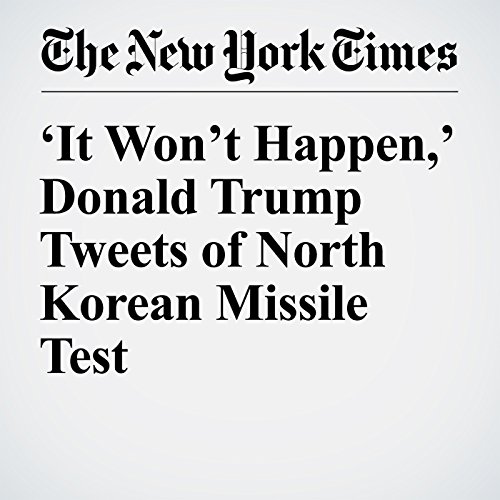 Faced with a threat from North Korea that it might soon test an intercontinental ballistic missile, President-elect Donald Trump took to Twitter on Monday night to declare bluntly, “It won’t happen!”

"‘It Won’t Happen,’ Donald Trump Tweets of North Korean Missile Test" is from the January 02, 2017 World section of The New York Times. It was written by Maggie Haberman and David E. Sanger and narrated by Keith Sellon-Wright.