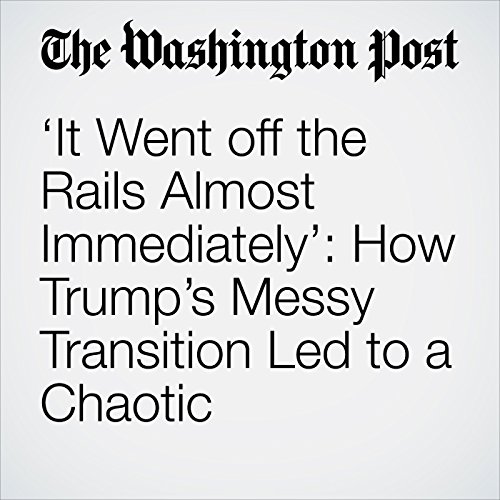 Trump ignored transition planners during the campaign, then did things his way after he won. The administration is still playing catch up.

"‘It Went off the Rails Almost Immediately’: How Trump’s Messy Transition Led to a Chaotic Presidency" is from the April 04, 2017 Politics section of The Washington Post. It was written by Dan Balz and narrated by Jenny Hoops.