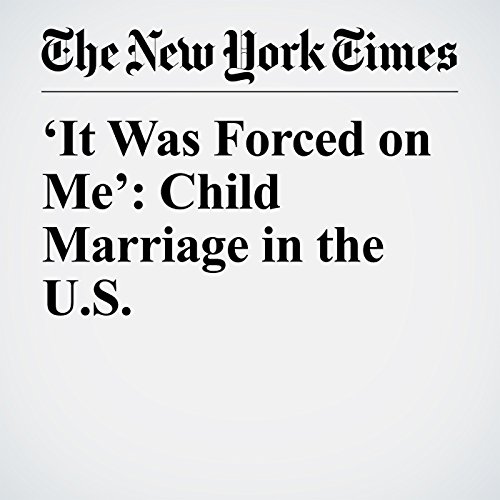 When she was a scrawny 11-year-old, Sherry Johnson found out one day that she was about to be married to a 20-year-old member of her church who had raped her.

"‘It Was Forced on Me’: Child Marriage in the U.S." is from the May 27, 2017 Opinion section of The New York Times. It was written by Nicholas Kristof and narrated by Barbara Benjamin-Creel.

Cosa pensano gli ascoltatori di ‘It Was Forced on Me’: Child Marriage in the U.S.