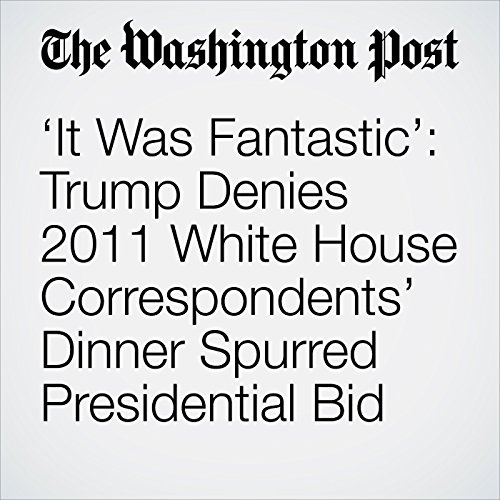 If some media and political pundits are to be believed, President Trump sits in the White House today as the result of several hours one warm April evening nearly six years ago: the 2011 White House correspondents’ dinner.

"‘It Was Fantastic’: Trump Denies 2011 White House Correspondents’ Dinner Spurred Presidential Bid" is from the February 28, 2017 Politics section of The Washington Post. It was written by Amy B. Wang and narrated by Jenny Hoops.