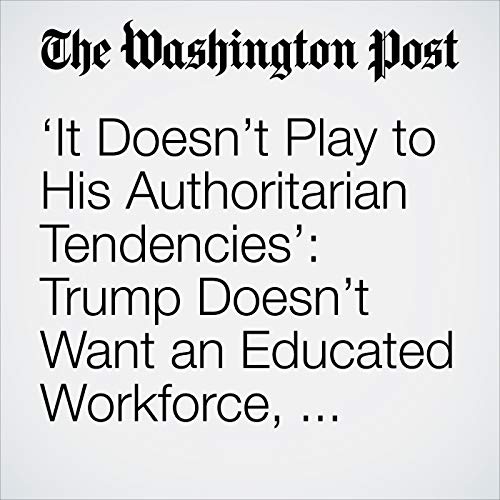 Former education secretary Arne Duncan on Tuesday sharply criticized the Trump administration’s policies on education and said he doubts the president wants an educated workforce because “it doesn’t play to his authoritarian tendencies.”

"‘It Doesn’t Play to His Authoritarian Tendencies’: Trump Doesn’t Want an Educated Workforce, Obama Education Secretary Says" is from the August 07, 2018 Politics section of The Washington Post. It was written by Felicia Sonmez and narrated by Sam Scholl.