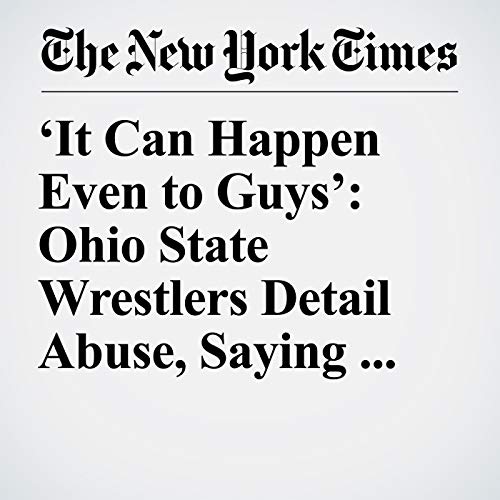 CLEVELAND — Nick Nutter, an All-American heavyweight wrestler at Ohio State turned professional martial arts fighter, sat watching the television last January as one by one, the young women, former gymnasts — some of them Olympians — took the stand in a courtroom in Michigan, and in wrenching testimony, detailed how their team doctor, Larry Nassar, had used his power to sexually abuse them.

"‘It Can Happen Even to Guys’: Ohio State Wrestlers Detail Abuse, Saying #UsToo" is from the August 02, 2018 U.S. section of The New York Times. It was written by Catie Edmondson and Marc Tracy and narrated by Keith Sellon-Wright.