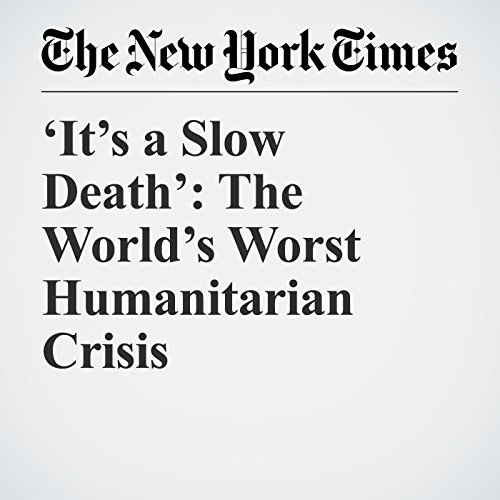 After 2 1/2 years of war, little is functioning in Yemen.Repeated bombings have crippled bridges, hospitals and factories. Many doctors and civil servants have gone unpaid for more than a year. Malnutrition and poor sanitation have made the Middle Eastern country vulnerable to diseases that most of the world has confined to the history books.

"‘It’s a Slow Death’: The World’s Worst Humanitarian Crisis" is from the August 23, 2017 World section of The New York Times. It was written by Shuaib Almosawa, Ben Hubbard and Troy Griggs and narrated by Kristi Burns.