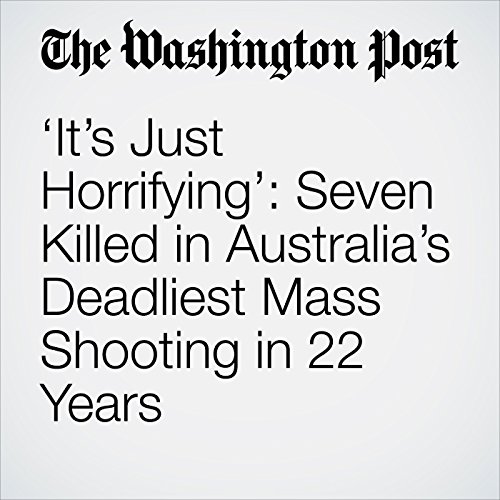 An Australian community is reeling from the deadliest mass shooting the country has seen in more than 20 years, after seven people, including four children, were discovered dead on a rural property near Margaret River.

"‘It’s Just Horrifying’: Seven Killed in Australia’s Deadliest Mass Shooting in 22 Years" is from the May 11, 2018 World section of The Washington Post. It was written by Lindsey Bever and narrated by Jenny Hoops.