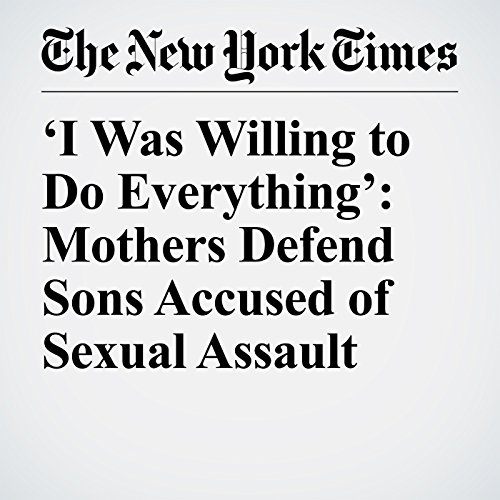 Four women met late last month at a restaurant in a Twin Cities suburb, where they spoke for hours, so intently their waiter had trouble getting their drink orders.

"‘I Was Willing to Do Everything’: Mothers Defend Sons Accused of Sexual Assault" is from the October 22, 2017 U.S. section of The New York Times. It was written by Anemona Hartocollis and Christina Capecchi and narrated by Keith Sellon-Wright.