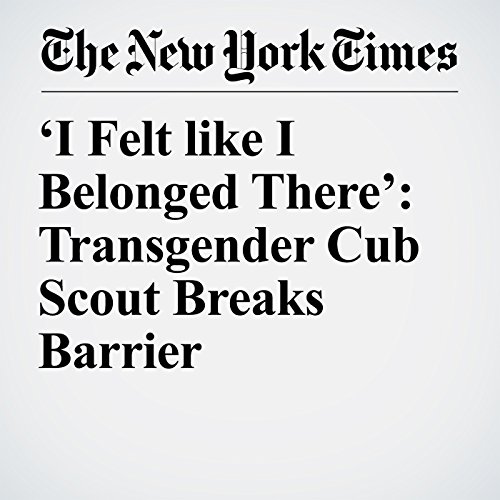 ‘I Felt like I Belonged There’: Transgender Cub Scout Breaks Barrier

Joe became one of the first transgender children to join the organization after the Boy Scouts of America reversed its policy of more than a century and announced on Jan. 30 that it would accept members based on the gender listed on their application.

"‘I Felt like I Belonged There’: Transgender Cub Scout Breaks Barrier" is from the February 09, 2017 U.S. section of The New York Times. It was written by Christine Hauser and narrated by Caroline Miller.