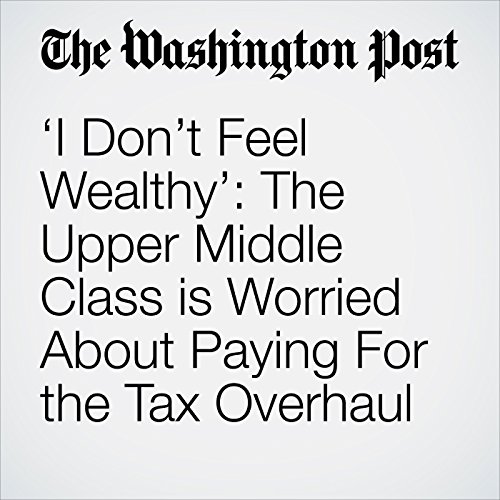 Residents of well-to-do suburbs in red and blue states across the nation could find themselves in a tax squeeze. Both the House version of a new tax plan, which passed out of a critical committee Thursday, and the Senate version, released Thursday, target upper-middle-class Americans to raise revenue to offset other tax cuts.

"‘I Don’t Feel Wealthy’: The Upper Middle Class is Worried About Paying For the Tax Overhaul" is from the November 10, 2017 Business section of The Washington Post. It was written by Todd C. Frankel and narrated by Jenny Hoops.