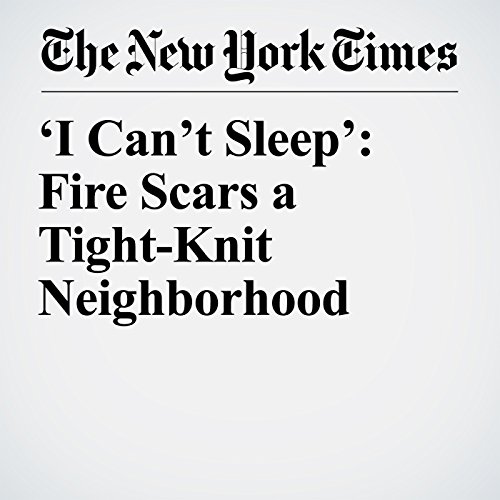 NEW YORK — Even on a nose-numbingly cold morning, families were out on the sidewalks around Prospect Avenue. A mother tugged a beanie over her squiggling son’s ears, and girls ran down the block. They were trailed by a boy towing a wagon filled from a trip to the store, his younger brother wedged in with produce and paper towels.

"‘I Can’t Sleep’: Fire Scars a Tight-Knit Neighborhood" is from the December 30, 2017 U.S. section of The New York Times. It was written by Rick Rojas and narrated by Kristi Burns.