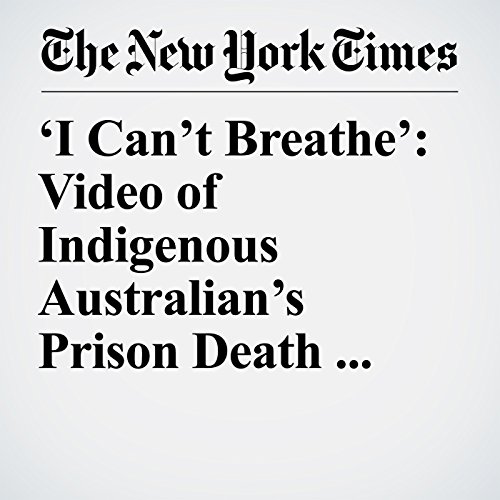 SYDNEY — David Dungay Jr., a prisoner at a Sydney jail, told the guards pinning him to his bed that he couldn’t breathe, according to a video recording. He said it at least 12 times, in a high, panicky scream.One guard’s response to Dungay was also recorded:

“If you’re talking, you can breathe.”"‘I Can’t Breathe’: Video of Indigenous Australian’s Prison Death Stirs Outrage" is from the July 16, 2018 World section of The New York Times. It was written by Isabella Kwai and Tacey Rychter and narrated by Kristi Burns.