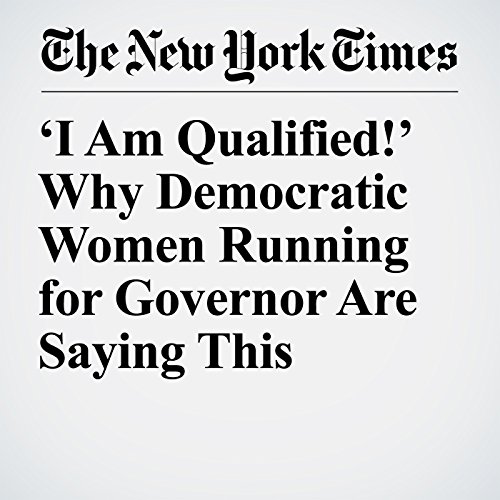 LAS VEGAS — When Chris Giunchigliani told former Sen. Harry Reid, D-Nev., about her plans to run for governor of Nevada in 2018, he candidly told her that he thought her opponent, Steve Sisolak, would make a stronger candidate, Giunchigliani recently recalled.

"‘I Am Qualified!’ Why Democratic Women Running for Governor Are Saying This" is from the June 11, 2018 U.S. section of The New York Times. It was written by Jonathan Martin and Alexander Burns and narrated by Keith Sellon-Wright.

Cosa pensano gli ascoltatori di ‘I Am Qualified!’ Why Democratic Women Running for Governor Are Saying This