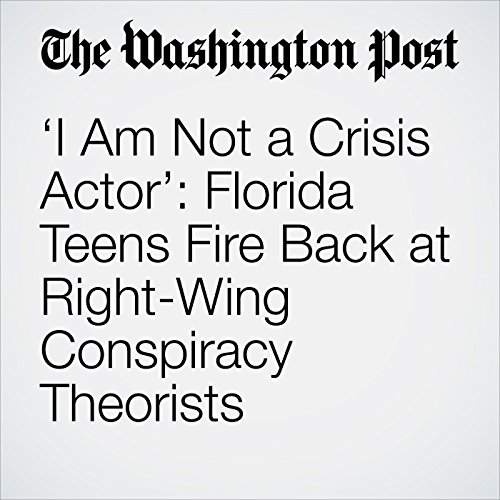 In the aftermath of last week’s school shooting in Parkland, Fla., some of the most powerful testimonies have come from the teenagers who survived the rampage. They have repeatedly detailed their harrowing experience to national news networks, many calling for stricter gun control laws while decrying President Trump for not doing enough to protect students. Others have wept with grief while telling their stories again and again.

"‘I Am Not a Crisis Actor’: Florida Teens Fire Back at Right-Wing Conspiracy Theorists" is from the February 21, 2018 National section of The Washington Post. It was written by Travis M. Andrews, Samantha Schmidt and narrated by Sam Scholl.

Cosa pensano gli ascoltatori di ‘I Am Not a Crisis Actor’: Florida Teens Fire Back at Right-Wing Conspiracy Theorists