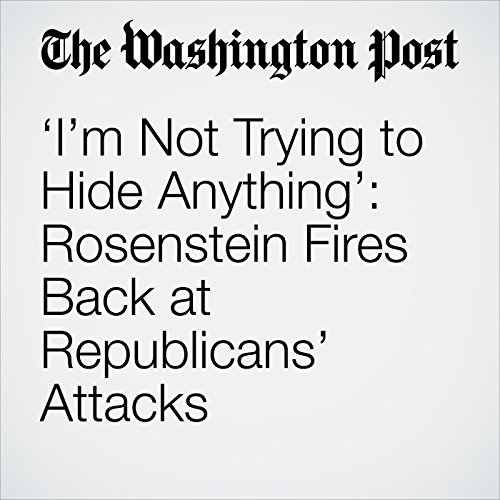 ‘I’m Not Trying to Hide Anything’: Rosenstein Fires Back at Republicans’ Attacks

Deputy Attorney General Rod J. Rosenstein squared off Thursday with Republican lawmakers who accused him of misconduct and stonewalling — claims he angrily denied — in an ongoing feud over the FBI’s investigations into Hillary Clinton and President Trump.

"‘I’m Not Trying to Hide Anything’: Rosenstein Fires Back at Republicans’ Attacks" is from the June 28, 2018 National section of The Washington Post. It was written by Devlin Barrett, Karoun Demirjian and Matt Zapotosky and narrated by Sam Scholl.