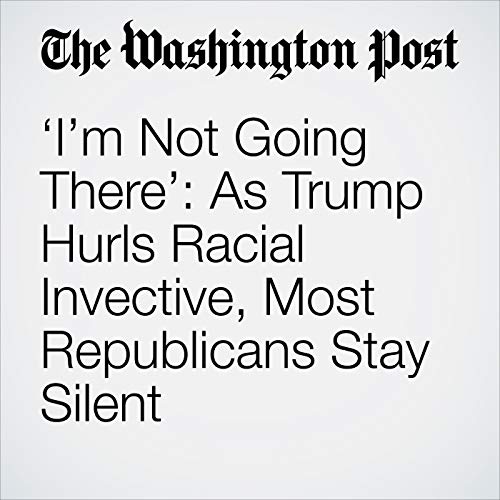 The president of the United States had just lobbed another racially charged insult — this time calling his former top African American adviser a “dog” — but Sen. John Cornyn (R-Tex.) had no interest in talking about it."

‘I’m Not Going There’: As Trump Hurls Racial Invective, Most Republicans Stay Silent" is from the August 18, 2018 Politics section of The Washington Post. It was written by Ashley Parker, Seung Min Kim, Robert Costa and narrated by Sam Scholl.