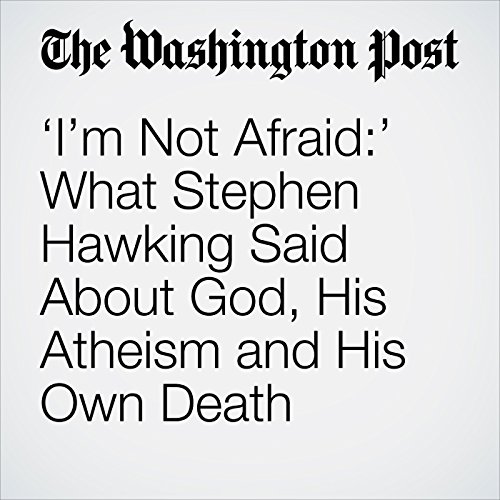 British theoretical physicist Stephen Hawking schmoozed with popes during his lifetime, even though he was an avowed atheist. The famous scientist, who died Wednesday in England at 76, was often asked to explain his views on faith and God. During interviews, he explained his belief that there was no need for a creator.

"‘I’m Not Afraid:’ What Stephen Hawking Said About God, His Atheism and His Own Death" is from the March 14, 2018 National section of The Washington Post. It was written by Lori Johnston and narrated by Sam Scholl.