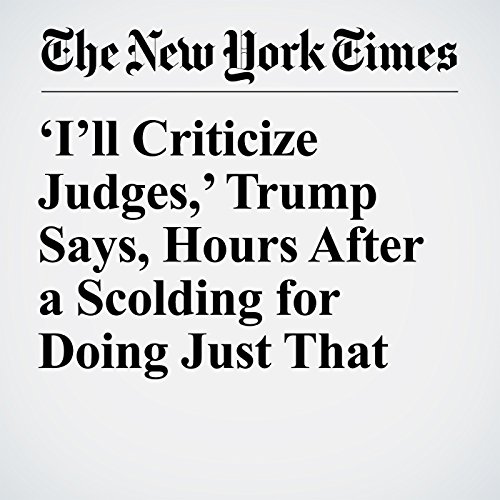 Not even a public scolding from Judge Neil M. Gorsuch could get President Donald Trump to stop bashing federal judges.

"‘I’ll Criticize Judges,’ Trump Says, Hours After a Scolding for Doing Just That" is from the March 21, 2017 U.S. section of The New York Times. It was written by Glenn Thrush and narrated by Fleet Cooper.