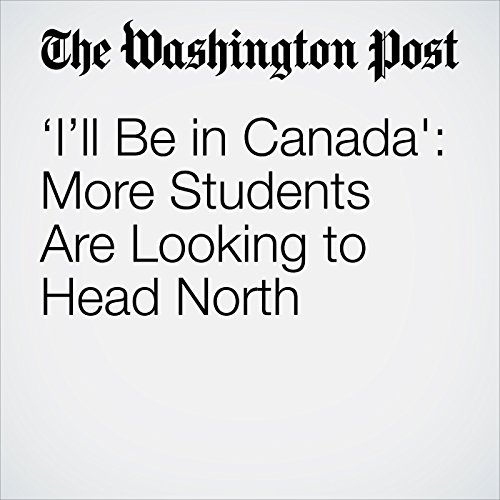 Applications from international students have increased at universities across the country, said Paul Davidson, president of Universities Canada.

The number of international students coming to Canada doubled in the past decade. But in the last year, a number of events globally have added to its appeal for some students. The Brexit vote for the United Kingdom to leave the European Union, and the U.S. election, seem to have been factors, Davidson said.

"‘I’ll Be in Canada': More Students Are Looking to Head North" is from the March 27, 2017 National section of The Washington Post. It was written by Susan Svrluga and narrated by Jenny Hoops.