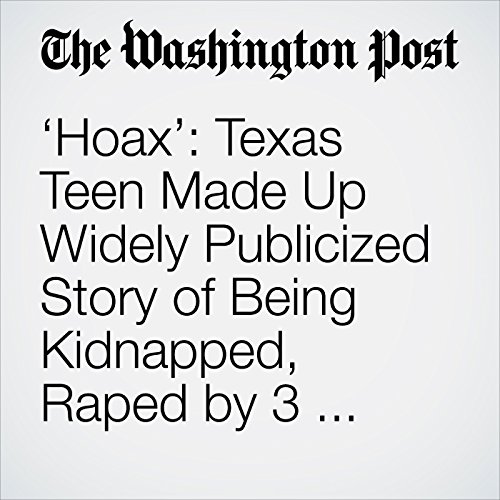 The allegations from the “so-called victim” were “especially offensive to the African-American community,” police said.

"‘Hoax’: Texas Teen Made Up Widely Publicized Story of Being Kidnapped, Raped by 3 Black Men, Police Say" is from the March 23, 2017 True Crime section of The Washington Post. It was written by Travis M. Andrews and narrated by Sam Scholl.