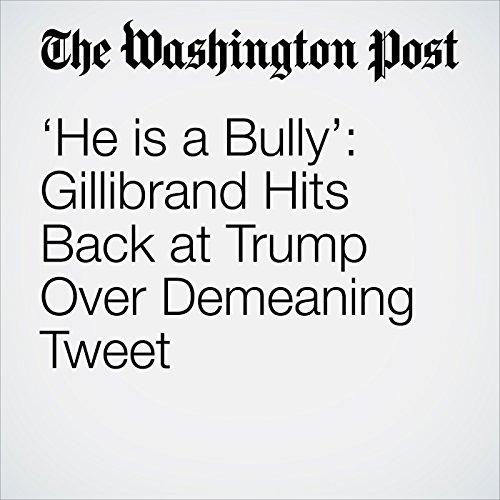 A day after President Trump called her out in a tweet, Sen. Kirsten Gillibrand (D-N.Y.) hit back in an appearance on the “Today” show, calling Trump a “bully” and the tweet a “sexist smear.”

"‘He is a Bully’: Gillibrand Hits Back at Trump Over Demeaning Tweet" is from the December 13, 2017 Politics section of The Washington Post. It was written by Amy B. Wang and narrated by Sam Scholl.

Cosa pensano gli ascoltatori di ‘He is a Bully’: Gillibrand Hits Back at Trump Over Demeaning Tweet