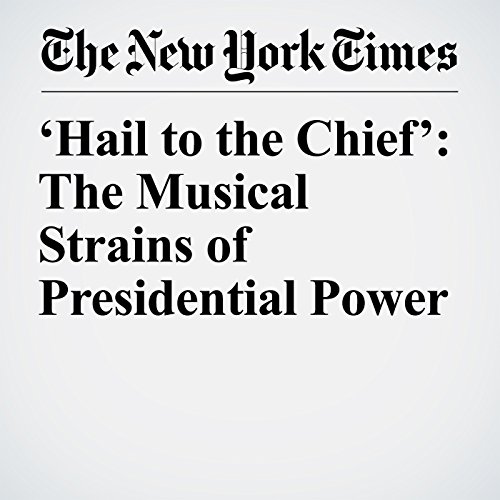 “Hail to the Chief” is perhaps one of the most recognizable musical pieces associated with the U.S. presidency. The stately song has been played at events attended by presidents for more than a century.

"‘Hail to the Chief’: The Musical Strains of Presidential Power" is from the January 20, 2017 U.S. section of The New York Times. It was written by Christine Hauser and narrated by Corey M. Snow.