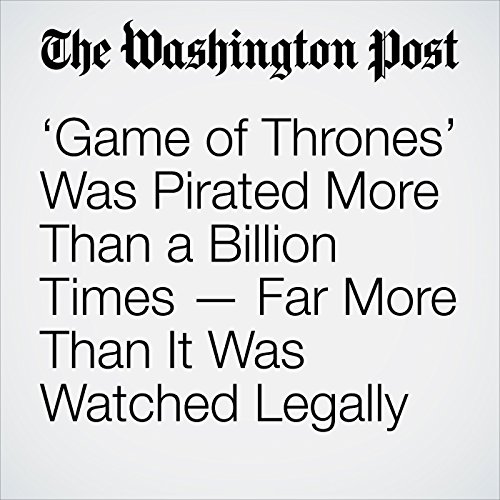 HBO’s “Game of Thrones” isn’t only popular with the network’s subscribers.The show’s seventh season, which wrapped up on Aug. 27, was pirated 1.03 billion times as of Sept. 3, according to a recent report by the anti-piracy analyst firm MUSO.

"‘Game of Thrones’ Was Pirated More Than a Billion Times — Far More Than It Was Watched Legally" is from the September 08, 2017 Morning Mix section of The Washington Post. It was written by Travis M. Andrews and narrated by Jenny Hoops.