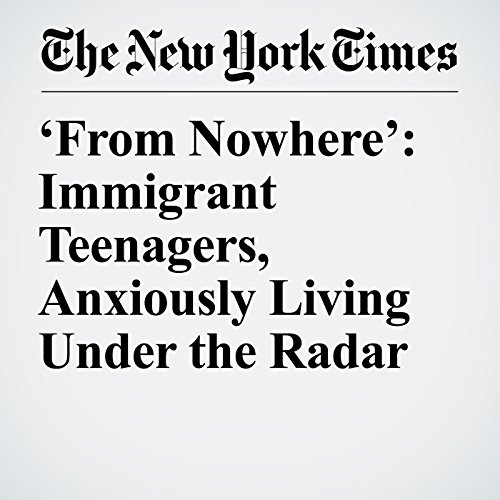 Given the deepening dread and uncertainty over immigration issues, “From Nowhere,” Matthew Newton’s wrenching, if somewhat chaotic, film about undocumented high school students in the Bronx could hardly be more pertinent. It’s one thing to read about roundups of suspected illegal immigrants; it’s quite another to observe the anxiety of smart, talented teenagers trying to keep their cool while under the watchful gaze of immigration officials and the police.

"‘From Nowhere’: Immigrant Teenagers, Anxiously Living Under the Radar" is from the February 16, 2017 Arts section of The New York Times. It was written by Stephen Holden and narrated by Kristi Burns.