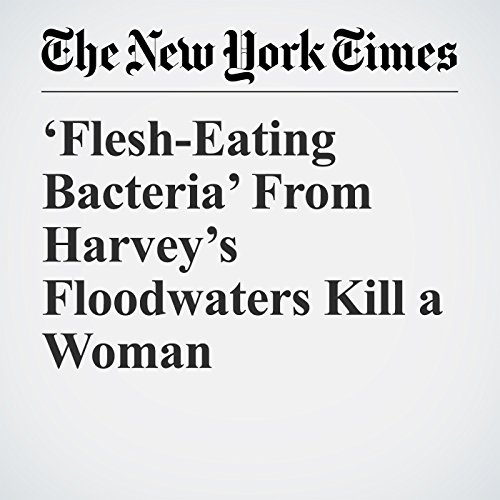 When Hurricane Harvey finally moved north and the feet of flooding drained, hospitals saw a spike in skin and gastrointestinal infections, but Texans were spared some of the most serious illnesses that contaminated water can spread: cholera, for instance, and typhoid.

"‘Flesh-Eating Bacteria’ From Harvey’s Floodwaters Kill a Woman" is from the September 28, 2017 U.S. section of The New York Times. It was written by Maggie Astor and narrated by Keith Sellon-Wright.